One of my proudest career signings that grew to become world famous from personally recorded cassettes to over 15 Million sales of the CD's and still selling in this digital age on iTunes, Amazon and Ebay. 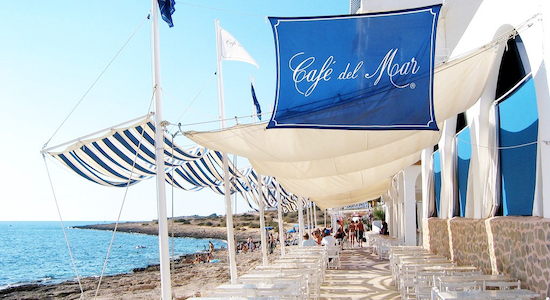 Had many a happy hour sitting here watching the sunset with friends, José playing great lounge-chill-out music over a couple of Corona's. I introduced the BBC there to broadcast Radio 1 live from the Café to the world, signed José to an recording deal. His "Souvenirs" album released on Manifesto, my label for Mercury Records, was nominated for a Latin Grammy. In the early 90s there was a beautiful energy at Café del Mar that just needed sharing for the rest of the world to enjoy, a natural energy.

The now famous series of Café del Mar albums were originally released on CD and vinyl by React as solely a UK licensed album compilation. I licensed the series for a worldwide release to Manifesto Records after Café del Mar #3 with the template set by James Horrocks and Tom Foley after their three wonderful React releases.

In 1994, the timing was ripe to take it global and an entire music genre called Chill Out was born out of that Café del Mar series. Buddah Bar, Hotel Costes, Mambo etc etc all followed later.

Although it took a lot of arm twisting in Mercury to make them sign the project - a few red faces later who said it would never work - a common theme in my career and something that makes me smile, because then I know it's going to be a success. Polygram TV, the compilation department would not sanction the signing and with the Ministry Of Sound trying to move in on the deal I insisted that the series be licensed and released as a Manifesto signing. my own label. We won the day and the eventual legacy.

In 2003 I went back to Universal for a meeting with the CEO of Universal Europe (now the World) Sir Lucian Grainge to talk about the new venture I'd started, Kings Of Spins (still going 17 years later) and as we finished up we shook hands and he said to me "great signing that Café Del Mar CD series, it literally saved Mercury Records from falling into debt with its low cost, high profit success. No video or remix costs and BIG international sales, well done."   Music to my ears and a middle finger up to John Kennedy, Lucian's predecessor in 1995, who said it would not work...

Oddly enough, almost as a sign of the future to come, in 1988, whilst working for MCA Records, along with Eli Hourd and Adrian Sykes, we compiled an album called "The Sunset Sound Of LA" featuring cool R&B tunes from MCA's 1987/88 releases.

Seems I was on the right track years before without even knowing and guess where I have lived these last 12 years watching the daily Sunset with music playing? Yes in Los Angeles. Funny how often life circles right back to the very beginning. 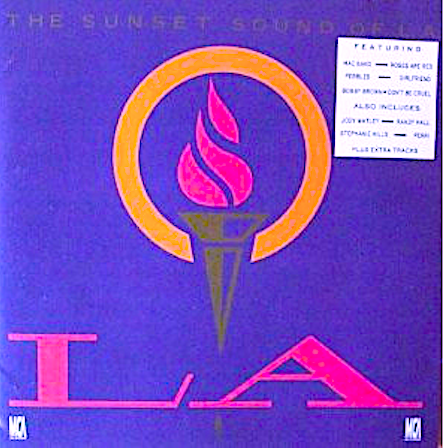 Back to the Cafe del Mar history. My daughter Olivia was brought into the world with a Café Del Mar CD playing in the private hospital delivery room which I put on with candles burning to help her Mum relax - it must have worked because Olivia was out into this world in 45 minutes on the 3rd March 2000 at 2.45am..

Literally 12 hours earlier, at 2.30pm (2nd March 2000), we'd buried my Father at Bluebell Hill Cemetary near Maidstone, Kent with Cafe del Mar music being played from Jose Padilla & Steve Bennet "Adios Ayer" ft Seal. He died in London whilst I was in Ibiza making plans for the summer the end of January 2000. Due to the winter flight schedule I couldn't get off the island until the next day. I never saw him again. I miss him. He gave me strength and a real work ethic. We were very close in his later years. He was very proud of my work...

As a baby, whenever Olivia used to start to cry on a long car journey strapped in her baby seat I'd put 'her' Café Del Mar' CD in the music player, turn round to see if she would settle, she'd look into my eyes, nod her little head, as if to say "thanks Dad, at last", then close her eyes to relax to the music in peace. As crazy as that sounds, it's the truth. Now 20 she prefers to be in the front seats with her own music and she loves going Ibiza with her friends..

Below is a minute of Olivia playing a chilled piano riff at Amanda's O'Riordan (Jules's wife) home with Phoebe back in 2009 - the apple doesn't fall far from the tree with the love of music for us all. Amazing the cycle of life...

The success of the Café Del Mar project was really down to DJ Jose Padilla, to me the Picasso of his time, his deep melancholy music orchestrated to the daily Sunset in Ibiza with his free cassettes recorded live from the decks. I still have Cassettes No:1 and No:2 from Jose DJing at the Cafe to the sunset from 1993.

The 15 Million CD sales helped Manifesto Records become one of the most profitable dance label's in the history of the UK music business. Lucian Grainge, the CEO of Universal Worldwide, congratulated me in 2002 on the signing of  Café Del Mar saying that it was "like signing a mini U2 and saved had Mercury Records finances in the late 90's".

Funny, my wonderful girlfriend at the time, Liz Walton, and I join Mercury in 1994 to start the Manifesto dance label and actually end up saving the company with the compilation album that they really did not want me to sign - that's life folks !!

However, it wasn't all Jose Padilla and myself, there are a lot of people in the mix who need be acknowledged here including the contributing artists, producers, labels and writers. At Mercury - Howard Berman, Liz Walton, Ann Marie Bigby, Bruno Morelli, Jonathan Green, Jo Weinberg, Pluke Neville, Ben Cherrill, Clare Woodcock, Gina Spencer and Ramon at the Cafe itself.

James Horrocks and Thomas Foley of React thank you also for being such complete gentlemen although I'm sure we helped you sell lots more of albums 1, 2 and 3 too :-). Un beso. 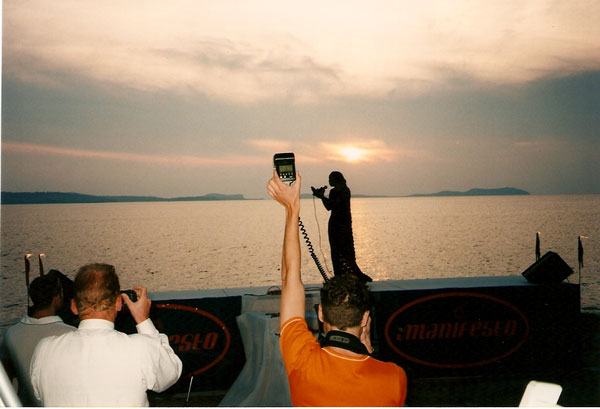