DJ In The Mix 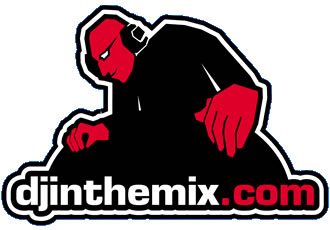 That was a day that challenged my brain and changed my life forever. I was invited, as the only European label boss (Neo Records), to fly over the Atlantic to attend a 'closed-room' session in Manhattan to sit with top US record business executives and urgently discuss the doom facing the industry worldwide with the war against technology - illegal downloading (Napstar).

After listening to the various arguements from the other attendees in the room I rose to speak and said "that unless they were prepared to dance with the internet then they would go out of business."  Using a recent success I stated "after selling half a million Darude - Sandstorm singles in the UK I had no idea who had bought them but if I had sold 500'000 downloads I could have their email addresses as Darude fans and would be able to engage them in his next releases directly."

A light went on for me in that room, I pledged to myself to return to the UK and build something that would help take the business into the new digital era. Six months and £30'000 later DJinTheMix was launched. The world's first digital music delivery system direct to the DJ's - before iTunes, Beatport, 7 Digital and the rest.

In the process, after an introduction from Seal, who was living in Chelsea at that time, I flew from London to Cupertino, Santa Clara, California for a 15 minute meeting with Jimmy Dixon of Apple and came back with their permission to be the first company in the world to have the new iTunes application linked directly on our DJInTheMix Home Page.

Apple introduced iTunes July 2003, four years before the introduction of iPhones. It totally changed the global music industry by allowing people to buy any song for $0.99 and most albums for $9.99. Many credit the platform for turning online music into a succesful new business whilst slowing the stream of pirated music.

The newer version of DJITM became Media2Radio. We've come a long way since Sep 22nd 2002 but today it all seems like a pre-destined logical progression with hundreds of digital music promotion platforms following on from our start.

Author: Jonty Skrufff
EG says "A common complaint we got from many DJs when we were setting up the site was that they were bullied into charting lots of records they don't even play. That creates a false feeling in the business, because it's basically hype. We want to be able to provide clear, speedy information that's also easy to access."

Speaking with the zeal of a convert, club industry figurehead Eddie Gordon is animated as he describes the birth of his new online record service Djinthemix.com, which provides upfront MP3 promos to over 1,500 mainly UK based DJs (with luminaries so far including Judge Jules and Pete Tong).

"I'm proud to say that this way of using the internet for it's purpose 'sharing information', has already been extremely well received across the board," says Eddie.

"We're making people think, we're making a difference and in this unfortunately negative period for the music business, DJITM is receiving an amazing amount of positive energy."

Jonty - With Eddie being the man who helped launch Pete Tong's seminal Radio 1 show The Essential Selection in the early 90s as well as setting up 90s house label Manifesto Records, his views carry weight and the fact he's now challenging the vinyl, promo mailout system that's served the DJ system for the last 15 years, is highly significant.

"40% of DJs in a recent DJ poll confessed to selling most of the product they get mailed by promo companies," he says.

"Because the promo records they're being sent isn't what they play."

The way the new site works is that DJs register online providing details of their taste, then gain access to regularly updated audio streams of new tracks. They're then able to download the tracks and burn them onto CD, though not until they've provided feedback.

"The DJs react on line, we text and email them that there's new music available on the site, they go to the site and listen to the four or five mixes and pick the ones they'd like to use," he continues.

"1'600 DJs are signed up so far and we're now starting to develop internationally. They've all signed up and agreed not to swap and share files and I think most DJs are pretty diligent, 99% of them are very honest about their trade and won't pirate the music."

Skrufff (Jonty Skrufff): What's the basic idea behind the site?
Eddie Gordon: "We're trying to achieve a site that's seriously DJ friendly, that only sends them music that they want rather than records that are sent on bulk mail-outs by promotions companies, who charge labels ?2.50 for every record. Our system is tailored by music genre to the DJs who ask us for information specific genres, then they have to respond automatically to the music they receive. Speaking personally, I've found in the last year that I've been able to listen to far more music as MP3 files rather than vinyl, with that process of going into the listening room, taking the vinyl out of the mailer (envelope), then out of the sleeve, putting it on the turntable, flicking through each track then flipping it over. You might spend two or three hours doing that with a pile of records each week and probably 90% of that time is wasted because they're records that you wouldn't want to get involved with."

Skrufff: How does it work from the label end, ie when a label sends you a track to upload?
Eddie Gordon: "If a label approaches us with a piece of music that they only want sending to the 100 best trance DJs in the country, we can fulfil that role and charge them accordingly, without having to charge them a couple of grand mailing out hundreds or even thousands of records. The site is about providing early information fast. If you go through the process of cutting a record then waiting for your vinyl to come back, you're usually waiting four or five weeks. Then you've got to engage a promotion company, who might require anything from a thousand to two thousand copies to send to their database.

In 2007 DJinTheMix plus its sister site, Music2Mix, moves to Los Angeles in California USA as a new business identity of Media2Radio and from 2010 is now ruling under the inspired name Kings Of Spins.

14 years and still making a difference for new artists and DJs around the world. See below and choose your language too :-)

"Thank you so much buddy! I just love Kings, you've got such a good thing my friend." Mark D.De Lange. Dirty Disco Music. Texas USA - Jan 2017