An icon, legend and an innovator

An article written by Paul Dakeyne 25/11/2010
"There are certain things, events, companies and especially people who have shaped the dance music world that we DJs (and the music listening public) know and love. Without these historical contributing factors, the importance of dance music in our lives may not be as profound, the radio we listen to could be lacklustre at best and the current digital dynamic for music distribution and sales would not be as elevated. I could list contributing individuals on just two hands - and one of those people is Eddie Gordon." 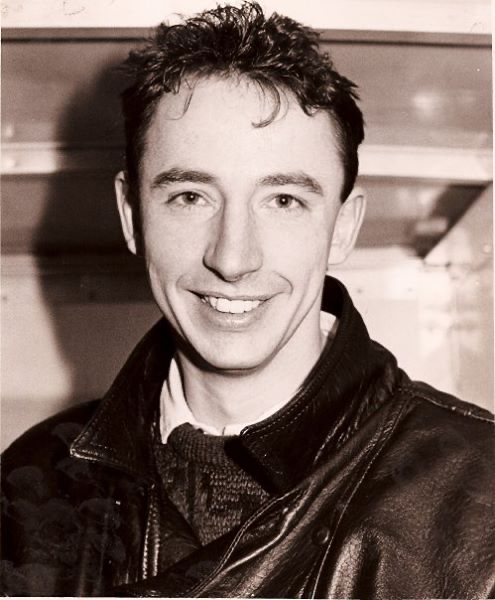 Pure Promotion - Eddie's CV, history, achievement list, call it what you will, currently jams full a huge page on Wikipedia. Long story short(er) though, Kent born Eddie first came to my attention as one of a handful of prominent London based record promoters who used to send out vinyl promo 12″s from the major club labels in the late 80s.

Our job, as the recipients of these black-gold nuggets, was to play the tracks to our crowds and report back via posted or faxed ‘reaction sheets' on the dancefloor response - our frontline opinions were often critical to how record companies at that time proceeded with the marketing of the band or act involved. 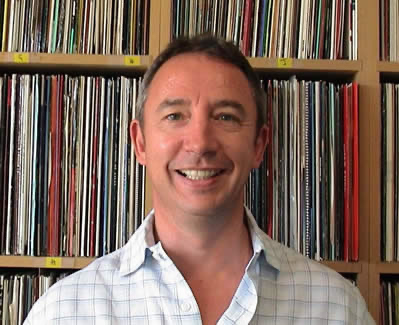 Radio & Management - A DJ himself of course, and still developing his forward-thinking skills, Eddie had already set up a DJ agency prior to this, representing some young Gravesend jock called Pete Tong, and then Radio 1 DJ, Jeff Young. Tong would stay under Eddie's management wing until as late as 2004. Eddie had sussed out at that time the importance (but then, under-achieving potential) of radio to break dance music to the masses and began formulating his plan accordingly.

Settling Pete Tong in the radio presenters chair, that he would occupy for years to come, Eddie then set about forming a closer connection with the heads of BBC Radio One. The ‘Essential Mix' was Eddie's concept and invention. The remit was to further build the notoriety and popularity of global DJ's, bring underground dance music to fans worldwide who couldn't physically attend a superstar DJ set at club ‘X' in location ‘Y' and to create a broadcast product that would inevitably be ‘taped' (recorded onto cassette), listened to and appreciated around the world. 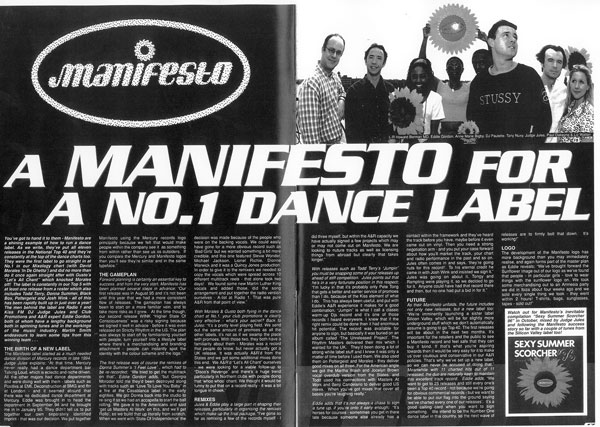 Sunflowers and Hits - With all this still going on, Eddie was still heavily involved in record promotion, therefore the natural next step for him would be running his own record label. That position presented itself when Howard Berman, then head of Mercury Records, asked Eddie to form, front and run a dedicated dance music subsidiary for the parent label. In 1995, ‘Manifesto Records' was born. Eddie pulled together a small team of individuals to help him make ‘his' label achieve the number he'd so far landed in all his ventures - ‘One'. Then Kiss FM DJ Judge Jules was his prime target - Jules joined Manifesto and began a synergistic relationship with Eddie which saw the pair signing acts, finding imports with cross-over potential, creating concepts and ultimately, hits! 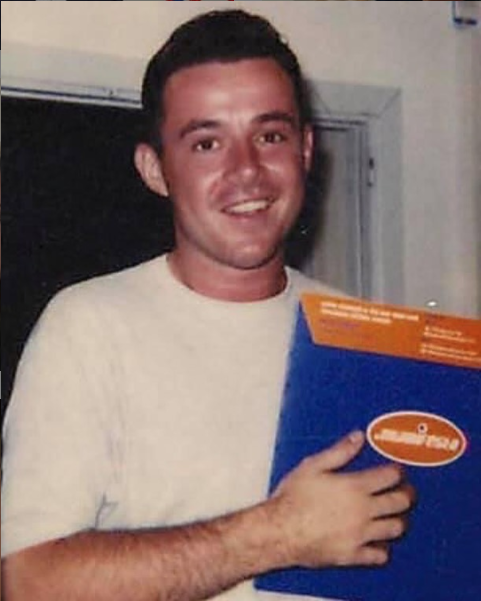 That ‘small [Manifesto] team' I mentioned earlier also included me. I was honoured to be invited to work with Eddie and Jules (alongside DJ Paulette in press promotion), and consulted for the label 4 days a week. During my tenure, I was lucky enough to gain an insight into how a label operates which included the full A&R process of finding, signing, assembling mixes and releasing a ‘finished' dance music product. It was an exciting period of my life which lasted 18 months, but the demands of my own DJ and production schedule left me less time to attend the West London office of the label. 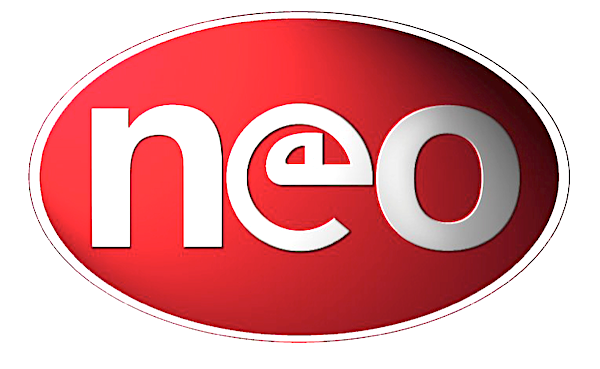 The Matrix of ‘NEO' - Back to the man himself. After taking Manifesto to pole position in club and sales charts globally, Eddie left Mercury to set up his own label, ‘NEO' Records. It was here that he focused all the skills, contacts and savvy that he'd acquired up 'til that time. NEO was a monster of an independent dance label and Ed continued to have his ‘hit' radar on full sweep.

I recall a moment when I was DJing on a ferry carrying hundreds of Scandinavian dance fans between Finland and Norway and I saw a Helsinki based DJ drop a hybrid house/trance track that literally tore the roof off. I rang Eddie from that boat to tell him the name of this HUGE track, and guess what ? He not only knew about it but had already signed it to NEO. That record was "Sandstorm" by Darude and that, ladies and gentlemen, is how good Eddie Gordon is !!

Change - the world spins, so does Eddie - Around the period of 2002/3, the words ‘digital' and ‘distribution' were to appear on the lips of music industry movers and shakers though. Here, again, Eddie was to prove himself a visionary. In a closed door high level major label meeting in New York, Eddie was the only European invitee to comment on the then state of an industry facing a massive change in it's distribution dynamic. Mr Gordon predicted that "digital delivery would be ‘the Future' of the world's music business". He was later quoted as advising the assembled super-powers that they also "have to get on the internet and dance with the kids or die".

Media Delivered - Again recognising that he must set yet another trend for others to follow, Eddie formed the world's first online dance music digital promotion service, called ‘DJinTheMix', itself having an exclusive link with the newly launched Apple iTunes site. In 2008, when Eddie moved to Los Angeles, California he transformed his company into the Kings Of Spins service and subsequently is Eddie's main focus. 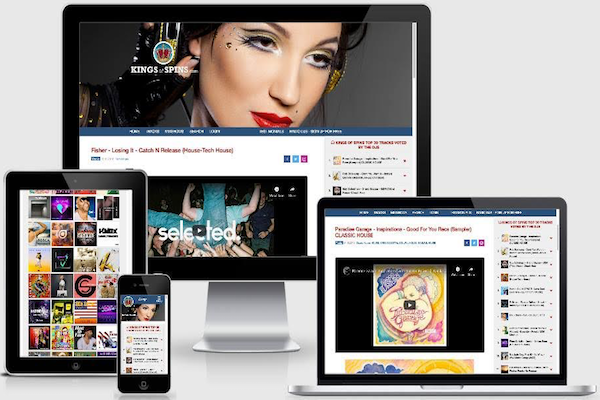 Kings Of Spins is now one of the world's leading digital deliverers of not only new dance music, but pop, R&B and other radio/club friendly genres too. Major and independent labels, and ‘unsigned' DJ/Producers also, now have a one-stop platform to drop their product directly on to the hard drives of radio programme controllers, broadcast DJs, club DJs and other media promoters around planet Earth. Assisted by his new digital dream team, Eddie continues to throw the same passion for promoting new music to appreciative ears and feet that he initially had in Kent over 30 years ago. If you're wanting to promote your musical product to a massive worldwide club and radio audience, really, contact Eddie and let him plug you in.

‘Ed' - A pioneer, icon, innovator, legend - all these apply to Eddie. On top of this he is one of the most philosophical of thinkers, possessing an almost empathic ability to detect emotions in others and is a peaceful, gentle-natured human being and loving Father too. Beyond how far any DJ or music lover could possibly imagine, Eddie Gordon has so influenced and shaped this 21st century musical world we enjoy and, in my firm and humble opinion, more than just about any one person connected with the ‘industry' alive today. 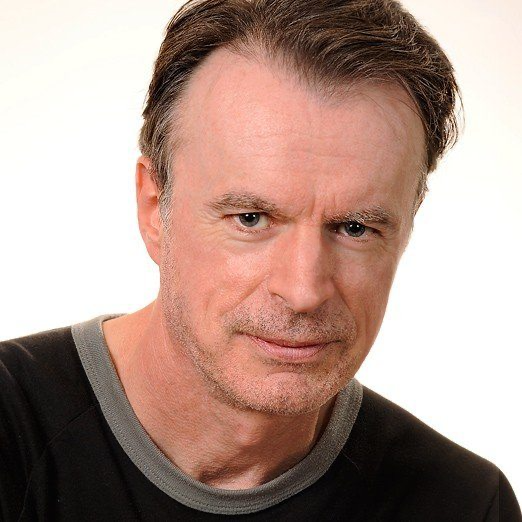 Paul Dakeyne is a DJ/Producer who has dedicated the past two decades of his life to dance music production and DJing. For six years, he toured globally for the world famous Ministry of Sound and has played DJ sets for the likes of U2 and for the legendary, Kraftwerk, Although remixing around 250 records in his career, as an artist in his own right, Paul landed one of dance music's seminal crossover moments with his "18 Strings' monster hit by Tinman - scoring a UK top ten in 1994. He also co-wrote and produced the music for BBC's Watchdog and Crimewatch when they were both revamped in 2001 and '06 respectively. His other career highlights have included an A&R stint for Mercury Records, lecturing in 'DJ culture and music technology' and creating mash-up mixes for Radio 1's, Chris Moyles. Paul joined the DV group in 2003 leading to his role as blog and feature author here at the DV Mag

Robin Palmer Hosking post on Facebook.
Dance and electronic music owes Eddie Gordon a huge debt of gratitude for his vision by persuading the then controller of Radio 1, Andy Parfitt, to broadcast from Ibiza 20 years ago. The early broadcasts allowed teenagers like me back then, an idea what Ibiza sounded like, and I loved what I heard. From a hedonistic Balearic island to a small tranny radio in a semi-rural Cheshire town, I was part of the experience.

Dance and electronic music is huge and Radio 1's continued support of the genre helped bring it from the underground to the overground.

Dance and electronic music hasn't just had an impact on music. It has had an impact on everything from fashion (some not so good), to architecture and design, and more. It's characters are now common place names, with one being rhyming slang.

Dance and electronic music has given people jobs and careers. It continues to support the many associated cottage industries, global superstars and visionaries/mavericks.

Dance and electronic music has created more genres under it's umbrella than any other. Whether you are a purist, whether you prefer the commercial leanings of artists like David Guetta etc, it matters not. What matters is you enjoy what you're listening to and that it makes you dance or want to dance.

Dance and electronic music is global, but it's very heart is in Ibiza.