Lisa Stansfield - All Around The World (Remix)

Some things you do just by nature. Promoted this record, remixed it and organised an incredible personal appearance for this wonderful artist. In the right place at the right time to just do my EG thing. I was lucky.

I remember doing this mix at a studio in Kentish Town with Paul and Mark our studio engineer at the end of the summer in 1989. It only took one night because everything was in place. It was already a great song structure and arrangement so we stuck true to the feeling of the song but just give it some extra percussion and a real "Runaway Love" (Linda Clifford) vibration to soulfuly disco it up a little, it just gelled beautifully.

My stand-out memory of working with Lisa was getting her to travel to a Soul Weekender in November of '89 at Prestatyn run by Adrian Webb's LiveWire company. At 4pm on the Sunday afternoon with the main room being given a huge traditional DJ Chris Hill finale session.

At the time Jeff Young was the top BBC Radio 1 dance DJ so whilst Lisa was backstage waiting for Chris Hill to introduce her Jeff got on the phone to Radio 1 to speak to Radio 1 DJ Bruno Brookes, who was about to start the Top 40 Chart Countdown, Jeff asked Bruno to secretly tell him where Lisa's single "All Around The World" was on the chart and Bruno replied "NUMBER 1". We looked at Lisa and told her, "you're #1 honey", she couldn't believe it, then told Chris the great news so he announced her to the 5'000 people dancing in front of him "we now have a VERY special surprise for you, her new song has been played all weekend by the DJ's and now she has just been told that she has the NUMBER ONE record in the UK - give a mighty big roar for LISA STANSFIELD with her # 1 song "All Around The World".

The crowd went bonkers and Lisa came on took the mic with tears running down her face and said "fooking hell, I can't believe it, give me a minute I can't sing for crying" so the 5'000 crowd started singing the song for her instead. "Been around the world and I I I I can't find my baby" - she cried even more before singing the song to them knowing the audience loved her and that she was the #1 Artist in the country that very moment. The memory still gives me goosebumps all these years later.

It was a once in a lifetime moment for those that were there and I was particularly pleased as I had bent her Manager's ear (Jazz Summers RIP) the previous week requesting that Lisa come all the way to North Wales on such a potentially big weekend in her career. Jazz always supported me... 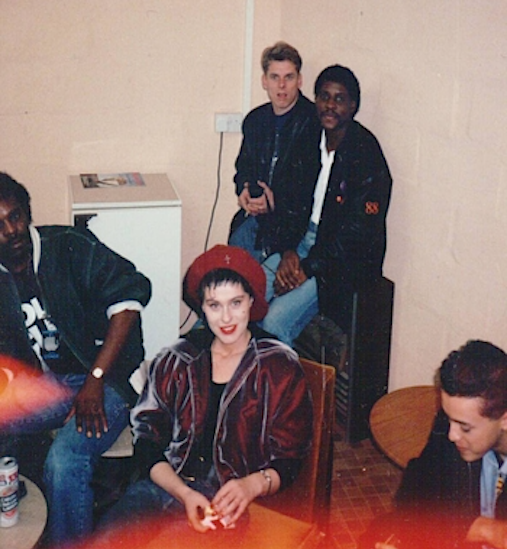 Above is Lisa backstage at the Prestatyn Soul Weekend in Nov '89 just before she is told "All Around The World" was the UK's #1 single. That's Ian Devaney to her right, Terry 'Maggot' Matthews plus Everton Webb behind Lisa and Nigel Webb to her left. Jeff Young was off phoning Radio 1 to get the news and I was taking the photo. Youtube clip of the mix below. 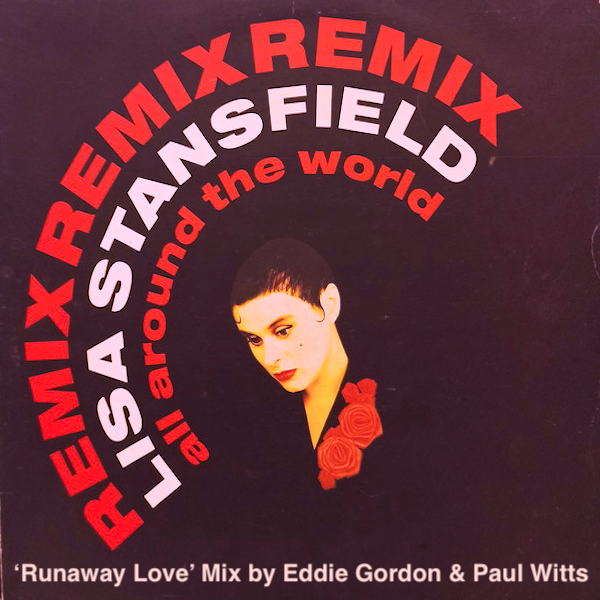 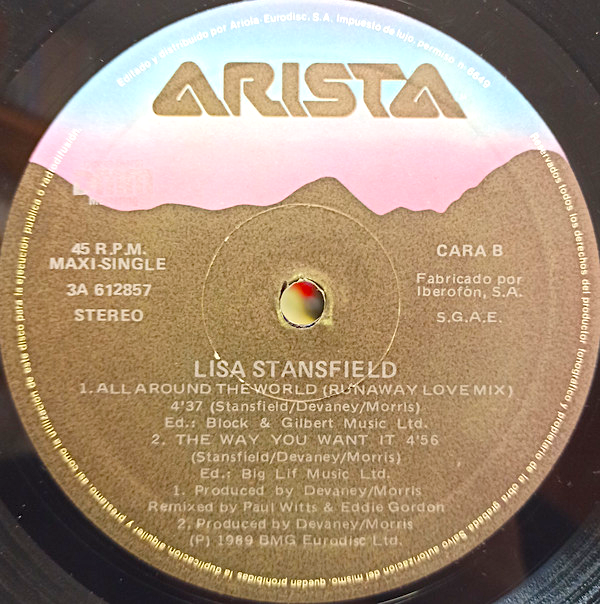 UPDATE - An email below from a Brazilian DJ received 30 years after we did the remix - music truly is everlasting :-)

To: eddie.gordon@yahoo.com
Sent: Friday, April 6, 2019 9:41 AM
Subject: Lisa Stansfield - All Around The World - Runaway Love Remix

My name is Marcos Mamede. I'm a Brazilian DJ from Rio de Janeiro. Unfortunately I don't have the Runaway Love remix (my favorite version).
Is it possible to send this file for me with a good audio quality ? Pleeeeeeease !!!
Regards,

Yes buddy will send you a digital copy.

Thanks so much Eddie Gordon !
You made wonderful remixes !