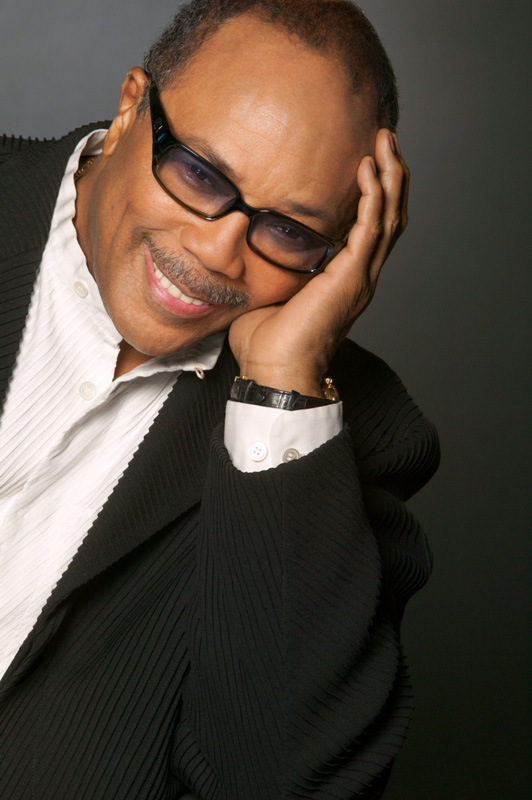 From the poorest beginnings in Chicago to one of the greatest music producers of our life-time who's work lit up my dance floors as a DJ (Michael Jackson), helped my record company career (Donna Summer) and inspired me to work in music.

I have been fortunate enough to meet the great Q twice in my life and also remix from the multi-track tapes, with his blessings, one of his important recordings "A State Of Independence" by Donna Summer on Quincy's own record label Qwest in 1996. Called the 'New Radio Millennium Mix' (below). The original multi-tapes from 1980 featured an all-star choir including Lionel Richie, Dionne Warwick, Michael Jackson, Brenda Russell, Christopher Cross, Dyan Cannon, James Ingram, Kenny Loggins and Stevie Wonder. The pre-curser to the Quincy produced "We Are The World".

I have a confession here, in 1996 we tried to bend our new funky rhythm and bass-line to accommodate the changing key in the song in Olympic Studios, Barnes, London, but it didn't quite marry all the way although the Martin Luther King speech really fits the sentiment of the song. It went to #13 in the national pop charts, one place higher than the 1980 release.

I first met Quincy in person at LAX Airport in 2006 - we chatted about the above Donna Summer remix and laughed about its extra one place in the UK chart. A very warm man. If ever there was a Dude, its his title.

Suzanne Jeoffroy and I saw the Secret Garden song performed live in LA in 1990 when attending the Soul Bowl Awards courtesy of Atlantic Records after breaking En Vogue in the UK so that they could launch the girls career in the USA with a hit record "Hold On". Sylvia Rhone flew us into New York then Los Angeles as a thank you and we saw the Master - Quincy Jones receive his Heritage Award and perform his "Secret Garden" with as Quincy Jones feat. Al B. Sure!, James Ingram, El DeBarge, & Barry White - The SecretGarden (Sweet Seduction Suite)

In 2014 Quincy was the star guest and speaker at a charity afternoon in Beverly Hills where we bumped fists again after he gave me his personal card to stay in touch. I idolize the man, a true music soul and human. Be sure to check out his documentary produced by his daughter Rashida Jones on Netflix, its incredible..

THE 1991 HERITAGE AWARD - for outstanding career achievements in the field of entertainment: