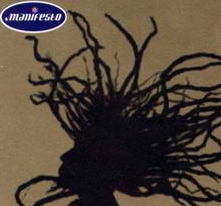 If he had done Top Of The Pops he would have had a No:1 smash. Dance music is full of people who shoot themselves in the foot after years of trying to get a career started, but Josh was badly adviced, he was and still is a very cool guy. What a record - a milestone that proved to be one of the best signings in the Manifesto era winning Record of the Year in '95. Thank you Mr Wink.