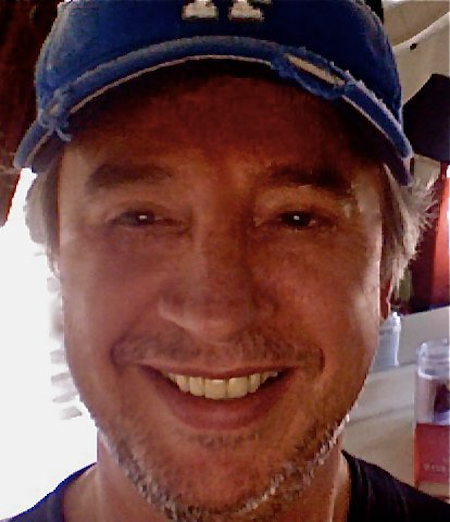 A paragraph from an article in DV Magazine 2013 written by Paul Dakeyne a successful artist/DJ and Denon's International Marketing manager/genius.

"There are certain things, events, companies and especially people who have shaped the dance music world that we DJs (and the music listening public) know and love. Without these historical contributing factors, the importance of dance music in our lives may not be as profound, the radio we listen to could be lacklustre at best and the current digital dynamic for music distribution and sales would not be as elevated. I could list contributing individuals on just two hands - and one of those people is Eddie Gordon."

Welcome, welcome all to my personal website, recording in detail a 39 year career with my first love - music. How music changed my life for the better and how I helped the careers of other DJ's, artists, record labels, broadcasting companies and music corporations, changing their lives for the better too.

In brief - Voted Gravesend's Best DJ in 1985, a Club Licensee at 28 years old with the award winning Slammer Club. Kent Club of the year 1989 with Sleeze. Kent's Evening Post 'Music Man of The Year' in 1990. Nine years as a Music Journalist writing a weekly music column for the UK's biggest selling weekly newspaper, the award winning Kent Messenger.

The incredible times working at the Record Companies and labels of MCA, Motown, Atlantic, Polydor, PWL, Mercury, Manifesto & Neo. Remixing & producing records as Westend. Owning the UK's hottest music promotion company in the 90's "Song & Dance". Being personally involved in over 200 Top 40 UK hit singles with many number 1's including "Ride On Time" by Black Box and Lisa Stansfield " All Around The World".

Starting the UK's 90's girl-band explosion with Eternal. Creating and producing The Essential Mix Show for BBC Radio 1 for 9 years from '93 to '03. Taking BBC Radio 1 to Ibiza in 1995. Conceptualizing and delivering the BBC Radio 1 Millennium global broadcast and managing DJ Pete Tong (MBE) for twenty years to worldwide fame.

Igniting the Cafe Del Mar CD worldwide explosion in '95 and sparking the famous Space Terrace in 1998, Ibiza Sunset with ibizamix.com which featured live DJ's and webcams from Cafe Mambo in 2000. The world's first digital music promotion portal with DJinTheMix linking up with iTunes in July 2003.

Giving Keynote Speeches in Europe at ADE and Glasgow University. Moderating Music Panels for Billboard Magazine in the USA and Canada, working in the USA to expand Media2Radio (now Kings Of Spins), a worldwide Radio Marketing company supporting new artists and music.

Producing and directing a 10 hour radio documentary for BBC 6 Music about the era of music from the 1970's and the New York nightclub the Paradise Garage plus its DJ Larry Levan which was broadcast over six nights in July 2011 in a series called Legends Of The Dancefloor.

Now based in Los Angeles, California as the creator and owner of KINGS of Spins, www.kingsofspins.com a daily online delivery service of new music to Radio DJ's around the world which todate has promoted over 18'000 new releases over 6000 radio-streaming mix shows for new or established artists and DJs.. A full cycled life in music and its incredible life enhancing magic in all our lives..

I hope you find the site interesting as it was very poignant to recall the great times, voices, the sound of laughter and memories of so many wonderful people from around the world whilst putting this together.

My motto is always 'try to make a positive difference' and looking back from being a DJ, music journalist, the record label hits, the remixes, the BBC music revolution in the 90s, Ibiza, the Grammys, online innovation and Kings of Spins in Los Angeles from 2008 - I either started the race solo or carried the flag forward with that positive energy.

The love of music always came first and filled my imagination with wonder.  Whenever I am asked 'what's your favourite kind of music?' The answer is always good music, of any kind. If its made from somebody's heart you can always hear that in the recording. It's no mistake that Marvin's "What's Going On" album still resonates so powerfully today, nearly 50 years after it was recorded. The songs literally poured out of his heart, as did "Kind Of Blue" from Miles Davis and the amazing "Lost In The Dream" by the Philly band The War On Drugs. If you haven't, I recommend them.

The Search Tab works very well if you want to see if you or a specific point of interest that we may have shared is remembered. I have searched my memory for names of the people I wanted to thank, if I have forgotten anybody please let me know. Any comments, positive or otherwise and if you have a photo you'd like to add please send to me at my personal address below. Seriously, thank you one and all. Eddie Gordon