Sat, 17 Dec 2011, on BBC Radio 6 Music.
Legends Of The Dancefloor' presents "A Piece Of Paradise". A 10 hour dance music documentary. Synopsis - Eddie Gordon and Lenny Fontana celebrate the influence of the Paradise Garage nightclub, which operated from 1976 to 1987 in Manhattan New York and was the homebase for one of the greatest DJs of all time - DJ Larry Levan. 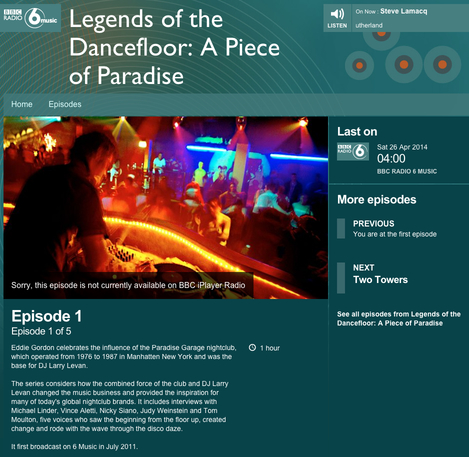 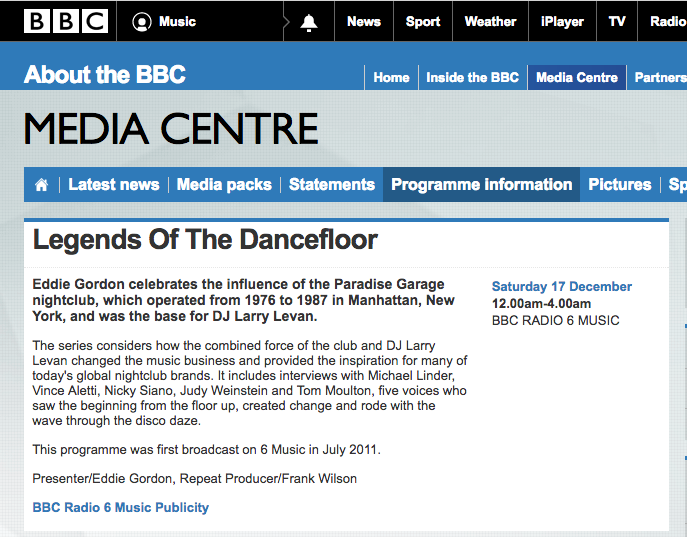 Some of the great music featured listed below the Spotify player and the link to hear the full show is here   http://eddiegordon.info/page/legends_of_the_dancefloor-a_piece_of_paradise

The series considers how the combined force of the club and DJ Larry Levan changed the music business and provided the inspiration for many of today's global nightclub brands. It includes interviews with Michael Linder, Vince Aletti, Nicky Siano, Judy Weinstein and Tom Moulton, five voices who saw the beginning from the floor up, created change and rode with the wave through the disco daze.The show was first broadcast on BBC 6 Music in July 2011 as a 6 part series, 10 hour documentary. It has now been broadcast 3 times on BBC 6 Music - July 2011, Dec 2012 and April 2014 due to its global popularity from music fans.http://www.bbc.co.uk/programmes/b012p7w4Review from IsoDisco "So in the middle of last year, one the greatest radio programme's of all time was broadcast on BBC 6 Music. This superb series of shows celebrated the influence of the legendary club Paradise Garage, and how the man at the helm, Larry Levan, changed the music business and and inspired a whole new generation of DJs, nightclubs and producers. The men behind these shows were Eddie Gordon and Lenny Fontana."www.isodisco.com/tag/legends-of-the-dancefloor/ "A Piece of Paradise" - Episode 1 of 5Eddie Gordon celebrates the influence of the Paradise Garage nightclub, which operated from 1976 to 1987 in Manhattan New York and was the base for DJ Larry Levan.https://www.insomniac.com/media/new-york-nightlife-gone-paradise-garage-1977%E2%80%9387 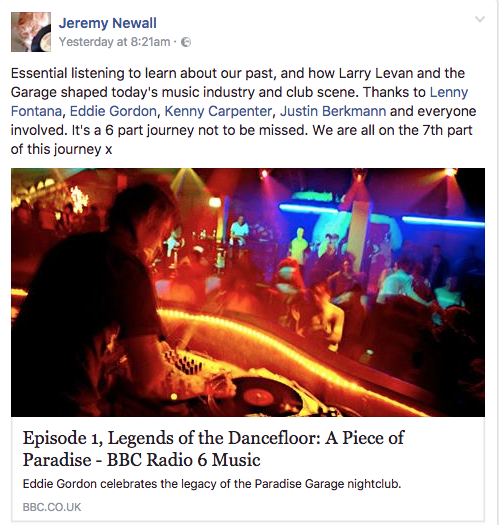 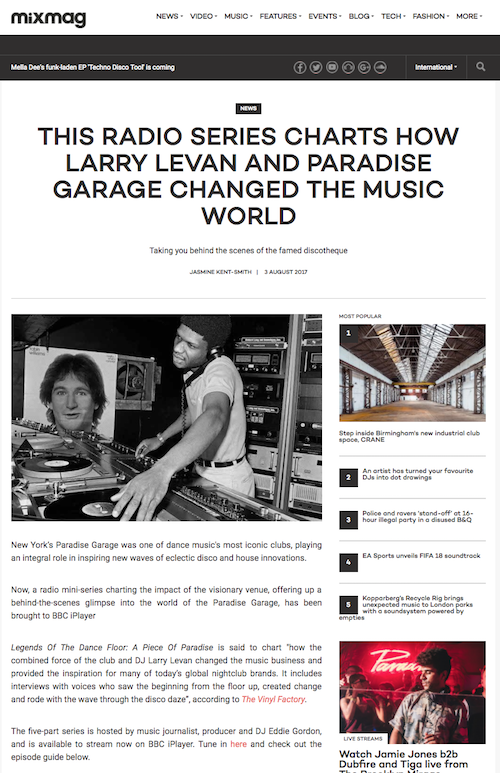 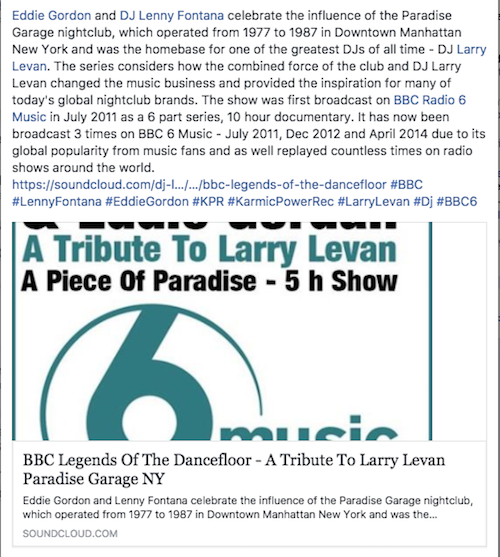 Jeremy Newel -  Hi Ed, just listened to the first hour of the 2nd anniversary Garage recording. Only heard the interviews and live performance but I was near to tears on multiple occasions! So well put together, Kenny Carpenters part was beautiful. I'm probably going to wait for the weekend, take some pills while me and the missus experience the thrill in our living room! Thank you and we'll bloody done. Xx

Link back to the 6 shows